Columbia Metropolitan Magazine was a proud sponsor of the Columbia Chamber’s 114th Annual Gala on Thursday, September 29. This event was presented by BlueCross BlueShield of South Carolina and celebrated the Chamber’s achievements of 2016 while previewing the agenda for 2017. Five individuals were recognized at the event for their extraordinary impact and involvement with the Midlands community. These individuals were people who have made a difference in the community and become leaders in the Midlands. “The Annual Gala gives the Chamber an opportunity to celebrate the outstanding individuals in our community who elevate the Midlands and create positive change,” says Carl Blackstone, Columbia Chamber President and CEO. “These honorees are the leaders in our region who work tirelessly to aid the Chamber’s mission of creating and promoting an environment where businesses can flourish.” 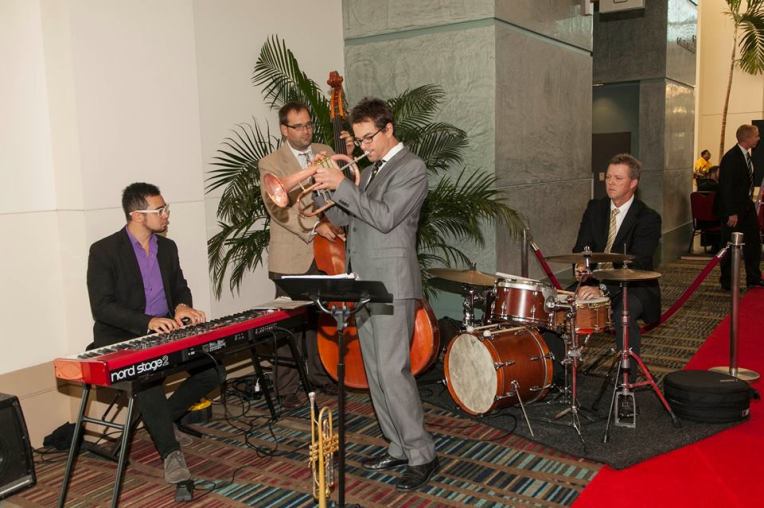 The Ambassador of the Year award is given to an individual in the community who exemplifies outstanding business ethics and influences the positive promotion and preservation of the greater region. The 2016 honoree for the prestigious Ambassador of the Year award was John W. Folsom, president and CEO of Colliers International South Carolina. John serves on the Executive Committee of the Midlands Business Leadership group, is a former board member and chair of Providence Hospital and a current board member and founder of “Salute from the Shore.” He is a former chair of the United Way of the Midlands, the South Carolina Independent Colleges and Universities and the South Carolina Independent Schools Association. John is a founding board member of Transitions, Columbia’s homeless service center. “Folsom’s leadership within our region is unwavering,” says 2015-2016 Columbia Chamber Chairman, Boyd Jones. “His passion for community involvement and commitment toward growing the economic and business environment in the area makes the Midlands a better place to live and do business.”

The 2016 Young Professional of the Year was Ashleigh Wilson, an attorney at Bowman & Brooke, LLP. Ashleigh was recently elected Secretary Treasurer of the South Carolina Young Lawyers Division where she also serves as the district representative for South Carolina and the Virgin Islands. Ashleigh serves on the Board of Directors for the Special Olympics South Carolina and spearheaded the implementation of FEMA’s Disaster Legal Service Hotline in the wake of the historic flooding. As a successful young professional in Columbia, Ashleigh strives to make the Columbia community better on a daily basis.

The 2016 Military Advocate of the Year was Steven Mungo, president of Mungo Homes. Steven is a past Honorary Wing Commander of the 169th Fighter Wing of the South Carolina National Guard. He has a passion for the Armed Forces, and has raised nearly $90,000 for the McEntire Joint National Guard Base event which has impacted over 2,000 South Carolina Air National Guard personnel. The event recognizes the sacrifices that Airmen and their families have made. Steven strives to help businesses better understand the importance of employing military in our community.

Mayor Steve Benjamin was named the Small and Minority Business Advocate of the Year. With a passion for small and minority businesses, Mayor Benjamin has created and retained over 160 jobs for small businesses. For the past five years, Mayor Benjamin has joined forces with the Columbia Chamber and Richland County to host the national Small Business Week Conference. Mayor Benjamin also had a crucial role in launching the Bull Street project in Columbia. Mayor Benjamin’s efforts ensure that Columbia will continue to grow toward becoming a better place to work and live.

Mike Weaver, owner of The Weaver Agency, was named Diplomat of the Year. In his 28 years as a Diplomat, Mike has given tirelessly to advance the Columbia Chamber. His experience has consisted of calling on Partners, attending events, assisting at various functions, winning numerous awards and serving as a knowledgeable leader as the Diplomat chair three times. Through his work at his company, Mike focuses on providing professional insurance and financial services to small businesses and individuals. The Weaver Agency’s focus is on understanding goals and challenges and creating, accumulating and protecting wealth. During his time as a Diplomat, Mike recruited his wife, Susan Weaver, to join the Diplomat team.

Columbia Metropolitan would like to congratulate all of the honorees from the 114th Annual Gala!