A tale of spine-chilling drama, history, and heroism 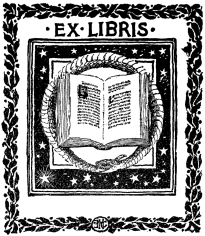 Despite its intimidating size at 600 pages, Eric Metaxas’ biography Bonhoeffer:  Pastor, Martyr, Prophet, Spy is a page turner. Metaxas, who also penned the recent biography of Martin Luther just in time for the 500th anniversary of the Protestant Reformation this past October, clearly conveys ardent fascination of his subjects. In fact, to write about Dietrich Bonhoeffer, Metaxas traveled to Germany to not only research the man’s life, but to also sit down with those who actually knew him before his life was cut short by the Nazis. Metaxas writes in his acknowledgements: “To have broken bread with those who broke bread with the subject of this book was an unmerited honor I will treasure all my life.”

While digging into his subject’s life, Metaxas learned of commonality.  Metaxas’ maternal grandfather was a “reluctant” German soldier killed during World War II in 1944. Dietrich Bonhoeffer – who not only resisted going along with his native country’s Nazi movement, but was involved in a plot to assassinate Adolf Hitler – was murdered the following year. Metaxas says that this correlation left him staggered when he first heard Bonhoeffer’s story. He shared in a Harper’s Magazine 2010 interview about the book: “As a German-American, I was especially touched by his story, because he was a German who had spoken up for those who couldn’t speak. First and foremost for the Jews of Europe, but also for many like my grandfather, who were powerless and who in their own way were also victims of the Nazis.” 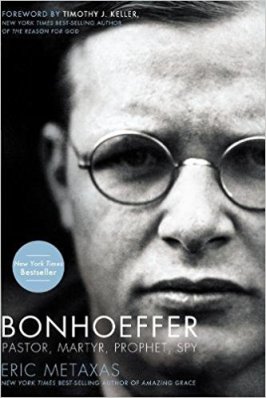 Metaxas sets up the story of who Bonhoeffer was and who he came to be with the first chapter, aptly titled “Family and Childhood,” yet, this is no dry, encyclopedia beginning. Descriptively, the author shows readers the idyllic, faithful, and protected home in which he was raised. It was a home where he and his twin sister, Sabine, as well as six other siblings, were encouraged by his teacher mother and his psychiatrist father – who held the appointment of the chair of psychiatry and neurology in Berlin until his death in 1948 – to think critically.  Metaxas writes, “Karl Bonhoeffer taught his children to speak only when they had something to say. He did not tolerate sloppiness of expression any more than he tolerated self-pity or selfishness or boastful pride. His children loved and respected him in a way that made them eager to gain his approval.”

Thus was implanted in Dietrich a gift for quality articulation; he learned that his spoken and written words could hold weight, and he decided to pursue a degree in theology and a calling as a pastor. Yet, while he was learning to hone his skills for expression and rhetoric, Adolf Hitler was rising to power and squelching not only free speech but freedom of religion as well. Instead of aligning himself with Hitler’s views as early as 1933, when Hitler deemed himself chancellor of Germany, the 25-year-old pastor and lecturer of systematic theology immediately began to speak against them. In fact, two days after Hitler became the most powerful man in Germany, Dietrich delivered a radio address that caused many – including Hitler and his minions – to take notice. Ardently, Dietrich warned fellow Germans not to idolize the Fuhrer and become seduced onto a compromising path; the radio address was cut off mid-sentence.

Thus began the dangerous journey on which Dietrich never wavered. His writings, speaking engagements, preaching, and meetings with secret anti-Nazi spies lead him closer and closer to peril. He even established the Confessing Church in an attempt to keep Hitler from destroying Christianity in Germany. A master of the profound quote, Dietrich wrote, “The question is really: Christianity or Germanism? And the sooner the conflict is revealed in the clear light of the day the better.”

Partly because his beloved twin sister Sabina married a cultural Jew who was baptized Christian, but mostly because he was a man of God who considered all human beings worthy of respect and honor, often quoting Galatians 3:28 — “There is neither Jew nor Greek, bond nor free, male nor female, for you are all one in Christ Jesus,” Dietrich entreated true believers to stand against the harsh treatment of Jews by Nazis. One of his most reflective one-liners is this: “Not to speak is to speak; not to act is to act.”

Mid-way through the book, Metaxas even begins to weave in the love story between Dietrich and Maria von Wedemeyer that would, sadly, not come to fruition.

Significantly, Metaxas begins each chapter with a weighty quote by either Dietrich Bonhoeffer, those who knew him, or someone else important at that time; the words are designed to paint the picture of a man who left his mark on the world in a wholly inspiring and uniquely courageous way.